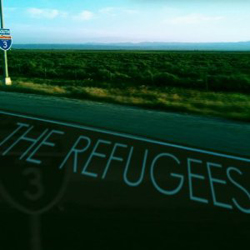 Their second CD, THREE, was released in January 2012 on Wabuho Records (Burnside Distribution) and in April in Europe (Blue Rose Records). Three features the trademark Refugees sound but with the addition of drums (Scott Babcock) and special featured performances on fiddle by the world-renowned Sam Bush. Since it’s release Three has garnered rave reviews and charted in the Top 10 on Roots Music Report for many months.