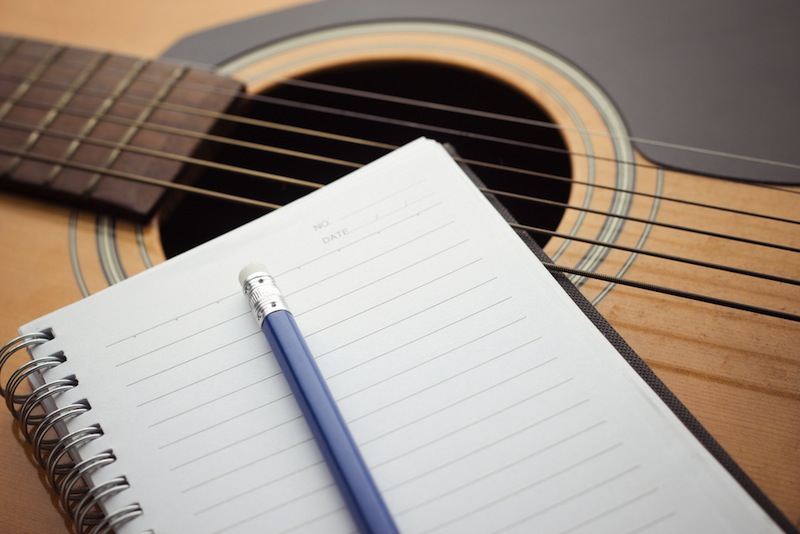 There are so many things around us that can be used as the basis for a song. Inspiration is NOT something you can count on. You need to keep a running list of titles and ideas for songs for the times when a song doesn’t just pop out. The finished song often goes in a completely different direction than the initial idea or title, but that can be the impetus.  I don’t think it’s a secret that for the majority of writers it’s not the music we get stuck on. Writing great lyrics is much harder and song ideas and lyrics are the thing we often need a jumpstart for. I used to think going on a writing retreat somewhere was the answer (and sometimes just being in a different place WILL be the answer) but I’ve also been in a different place ready to write and couldn’t come up with anything.

The best thing about all of these sources listed below is that none of them are copyright protected!

If the inspiration well is dry go fill it up!

Photographs and Paintings (names of, and the “behind stories”) I’m starting with this category because it’s the one that taught me I could “kick start” inspiration.

In 1992 I began writing songs for my first solo record. Let’s just say my l wasn’t in the best shape emotionally. I really felt stuck, and unable to write. Like insomnia, this state of mind just intensifies, and like the insomniac who feels they will never fall asleep again, I thought maybe my creative days were over.  I decided to go to a small gallery where there was a photography exhibit by Andres Kertesz, someone whose black and white pictures I had only seen in books. For some reason, I was drawn to a particular photograph called Washington Square at Night.  I asked the curator about his life and he shared a few things with me. I went home and picked up my guitar, started playing a riff and the line, “In 1954 I took a photograph, Washington Square at Night,” and the rest of the song poured out of me. It was basically weaving my own life and his together. Of course I made up stuff and exaggerated. That’s what writers do.

The titles of paintings and photographs are amazing, as is how you feel when you look at one that moves you. This is one category that the Internet can’t help you with. You need to experience it first hand. Again, there are too many to name. How about Andrew Wyeth and his model Christine (Christine’s World)? You could write a whole album of songs based on Picasso’s love life (hmm, not a bad idea).

The Bible is filled with great characters and stories. Adam and Eve, Ruth, Esther, Cain and Abel, Moses, prayers, psalms, bible quotes. Open it up randomly and you’ll find something. You don’t have to be religious at all! I’ve used lines as lyric lines in songs that were personal songs as well, such as “I walked through the valley of the shadow of death” in my song “I Won’t Be Sleeping Anymore” on the 2nd Animal Logic album. You couldn’t make up a line that good.

Books (titles and plots) I’ve written 2 songs (“Firing Up the Sunset Gun”, “Love in the Ruins (Doctor Dear Doctor)” based on the book Love in the Ruins by Walker Percy. I used the title of a book, Spy in the House of Love (and so did 2 other bands), but the song has nothing to do with the book. There are thousands of books out there; even non-fiction titles can be great song titles or ideas.

Every Shakespeare play is filled with great lines, plot points and characters. I wrote a song called “Ophelia”. Even the titles of the plays make great song titles. Measure for Measure, Much Ado About Nothing, As You Like it, Winter’s Tale, etc. Hey, there are people who think Shakespeare wasn’t even the real writer!

Again, there are hundreds- Here’s some movies that are playing in theaters in Vancouver this week: 2 Guns, Before Midnight, Best of Luck, Blackfish, Blue Jasmine, The Heat, Man of Steel, The Way, Way, Back. Aren’t you getting ideas just reading this list?

Bon Iver (“Perth”, “Minnesota WI”, “Hinnom TX”, “Calgary”, “Lisbon, OH”,) and Sufjan Stevens (he has whole albums based on a U.S. state) are just two of many who use the names of places. Sometimes the places are named in the lyrics and sometimes not.  “Leaving Las Vegas” sung by Sheryl Crow uses specific imagery and events of Las Vegas and the singer’s escape from it.

The News (current or past, specific or general)

Google Songs About New Events and tons of things pop up

“2+2=5” by Radiohead is about George Bush “stealing” the 2000 election, “A Thousand Trees” by Sterophonic is about a falsely accused football coach, “April 19, 1992” by Sublime is about the Rodney King riots. “Pumped Up Kicks” by Foster the People, “Grapevine Fires” by Death Cab for Cutie,” “Jeremy” by Pearl Jam, “Jaurez” by Tori Amos, “London’s Burning” by the Temper Trap, “Rockin’ in the Free World” by Neil Young – the list of songs inspired by real life events is endless.

I’ve never tackled this one and can’t think of anyone else who has but why not?

I wrote a song called “Harry Houdini”, which wasn’t about Harry Houdini; it was about a boyfriend who kept disappearing. Joni Mitchell has a wonderful song called “Amelia” (Amelia Earhart), which is more autobiographical than biographical. Warren Zevon has a great song “Frank and Jesse James” which IS about them.

These are just some of the things I’ve used, or thought about using, to get my creative muse talking. Of course, there’s many other things you can do. My long-time pal Bonnie Hayes (hit songwriter of “Love Letter,” “Have a Heart”) used to tell her songwriting students to get drunk and naked and run around the house. I’m not sure this particular method would work for everyone, but the point is you need to shake things up when you’re stuck.

Don’t forget to keep a list of ideas and titles. I’ve had some for years before they came to life.