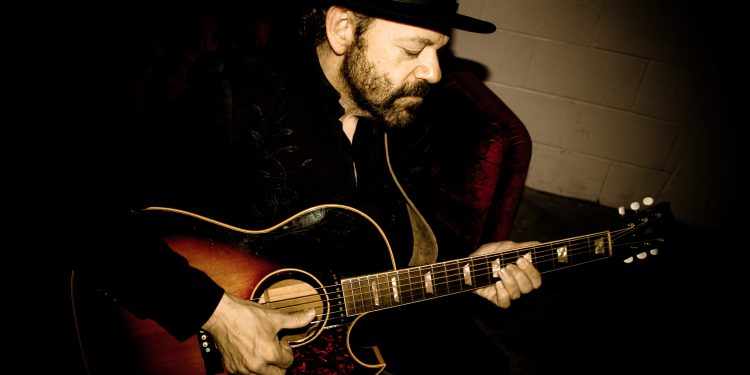 If you were one of the 70 people at the Anza Club in Vancouver on Friday, CONGRATULATIONS! YOU’RE A WINNER! You just witnessed a consummate artist perform a great show in an intimate living room-type setting with great sound and an audience that no one needed to shush. If you took Taj Mahal, Randy Newman, Chet Atkins, Lyle Lovett, Elvis Costello, Lowell George, and Ry Cooder and put them in a blender then you’d have some idea of what Colin Linden sounds like – if you didn’t already know.  Canadian-born Linden, who began his career in Toronto and is a member of the beloved Blackie and the Rodeo Kings, has been living in Nashville for over 20 years and, for the last six, has been the musical director of the ABC television show Nashville (He’s been involved as a player since its inception). Dressed in black from hat to shoes, Colin played two sets of songs from his catalogue spanning more than 20 years, each either drenched in, or with undertones of, his signature Mississippi Delta blues-style finger picking, gravelly voice, and tasty slide guitar playing. Look up roots music in Webster’s Dictionary, and you could find a picture of Colin Linden next to it. Alternating between his ’65 Gibson ES175, an amazing sounding 1937 Regal dobro, and a brand new electric (not sure what it was) he had picked up that very day (my least favorite) and a small (by today’s standards) pedal board, he filled the room as though a full band were present. Highlights were a Howlin’ Wolf cover, the audience-requested “Big Mouth” and a lovely ballad “It’s Later Than You Think.”

If you were one of the unlucky ones who missed this show, or if you want to repeat an amazing musical experience, rumour has it that Colin will be back performing in Vancouver on October 19th.

For more details about upcoming shows and to hear some of Colin’s music go to www.colinlinden.com